We believe in providing children with the right nutrition to support their education. Food For Life program is based on the belief that 'you are what you eat'. Therefore one nutritious meal a day brings thousands of children to school.

Hare Krishna Food for Life is the world's largest vegetarian non-profit food relief organization. It's efforts span the globe, with projects occupying over 60 countries. Volunteers provide over 1,500,000 free meals daily. Food For Life does not only tackle only one form of hunger but reaches out to all in need, including disadvantaged children throughout India and victims of natural disasters around the world.

With roots in India, the Food for Life project is a modern day revival of the ancient Vedic culture of hospitality with its belief in the equality of all beings. It was conceived of and began by the International Society for Krishna Consciousness in 1974 and is thus commonly known as ISKCON Food For Life or Hare Krishna Food For Life. It has been lauded by The New York Times and the International Rescue Committee and Typhoon Haiyan, amongst others, for its relief efforts worldwide.

Food for Life as a project was initially inspired by ISKCON founder acharya A. C. Bhaktivedanta Swami Prabhupada. In 1974 when watching a group of village children fighting with dogs over scraps of food, the Swami became upset and told his students, "No one within ten miles of a temple should go hungry... I want you to immediately begin serving food." In response to his plea, members of ISKCON and volunteers around the world were inspired to expand that original effort into a global network of kitchens, vans, and mobile services, all providing free food, and establishing daily delivery routes in many large cities around the world. Since that day, Food for Life has grown into the world's largest vegetarian food relief program.

The Midday Meal Scheme of Govt of India is being implemented by ISKCON. A majority of the population in India is still unable to get even one complete square meal for the day, only because they are stuck in the vicious circle of poverty and illiteracy. Mid Day Meal has resolved to liberate the underprivileged from this vicious cycle by serving children with sanctified food.Imbued with a spiritual ambience in Mid Day Meal's hi-tech kitchen, the khichdi prepared nourishes the mind, body and soul alike.

The khichdi is prepared with the highest standards of hygiene and quality ingredients that meet the nutritional requirements of growing children. But most importantly, IFRF mixes a secret ingredient to the khichdi it serves - love, devotion and compassion that adds an unparallel taste of purity to the meal.

In order to become a part of this noble cause (ANNADAAN) please contact: 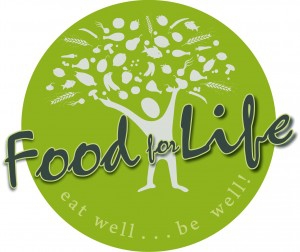 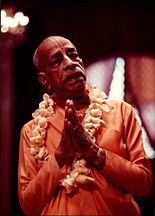